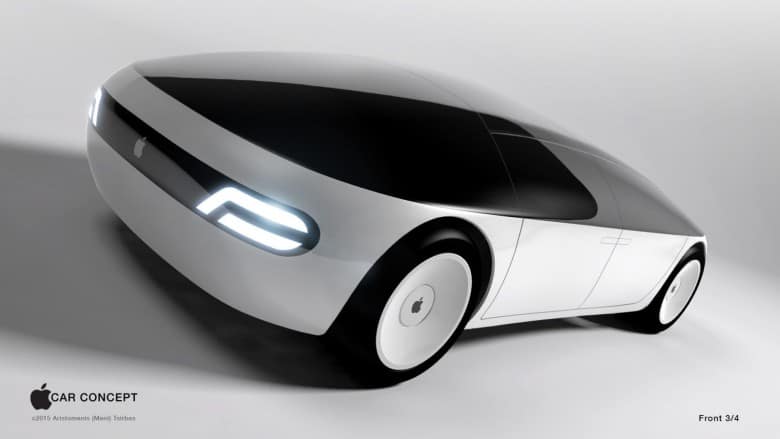 An Apple employee who downloaded blueprints for its self-driving car circuit board and then attempted to flee with them to China has been arrested.

Xiaolang Zhang supposedly told Apple of his plans to join a Chinese self-driving car startup, Xiaopeng Motors, shortly before booking his flight. He was arrested on July 7 after going through the security gates at San Jose airport.

“Apple takes confidentiality and the protection of our intellectual property very seriously,” an Apple representative told TechCrunch. “We’re working with authorities on this matter and will do everything possible to make sure this individual and any other individuals involved are held accountable for their actions.”

According to a LinkedIn page that has since been removed, Zhang was employed as a Hardware Systems Engineer at Apple. He took paternity leave in April after the birth of his child, and travelled to China. When he returned to Apple, to said that he planned to resign.

However, security checks showed that he had visited Apple’s campus while on leave, and had run “extensive searches of secret databases” to download important files. It’s not clear how he planned to use these.

Apple is rumored to have a team of hundreds of engineers working on self-driving car technology, although it’s not yet clear what Apple hopes to do with this. Initially, Apple supposedly planned to build a car from the ground up. Those ambitions may now have changed to building only the underlying navigation system for a self-driving car.

While Apple hasn’t spoken publicly about its plans, there is evidence to support the speculation. This year, it published an online research paper describing how neural networks can be used to help improve accuracy in Lidar technology, often used in autonomous vehicles.

Apple also has the second largest fleet of self-driving test cars in California — with at least 55 self-driving vehicles currently being tested on public roads. Apple lags only behind GM Cruise, which has 104 test vehicles on the road.

As you’d expect for a company the level of Apple, industrial espionage is a constant threat. Over the years, it has taken numerous steps to improve secrecy among those familiar with its plans — including hiring teams of undercover security officers and slapping manufacturers with multimillion-dollar fines if they don’t do enough to protect Apple’s plans.

Earlier this year, Apple warned its employees about the serious consequences of leaks — in a memo which promptly leaked.

During Steve Jobs’ tenure at Apple, one tactic employed to root out leakers involved a so-called “canary trap” in which people were purposely fed different pieces of erroneous information to see whether they emerged in the press or elsewhere.

Huawei to launch Nova 3i in the Philippines

Deal: Save $110 on a refurbished Apple HomePod smart speaker, today only

Geek Trivia: Bubble Wrap Was Originally Invented To Serve As What?

Adobe to Kill Flash Plugin by 2020

How to quickly switch noise-canceling modes on AirPods Pro

Riding in a rally race car is insane, dangerous, and not for the faint of heart

Apple Warns macOS Users to Move Away From 32-Bit Applications