The film, which tells the story of a group of Apple veterans who invented a smartphone-like device 15 years too early, will have its area premiere July 26 in San Jose. AppleInsider and General Magic are partnering up to give away 25 pairs of tickets to the premiere. Find out how to enter today. 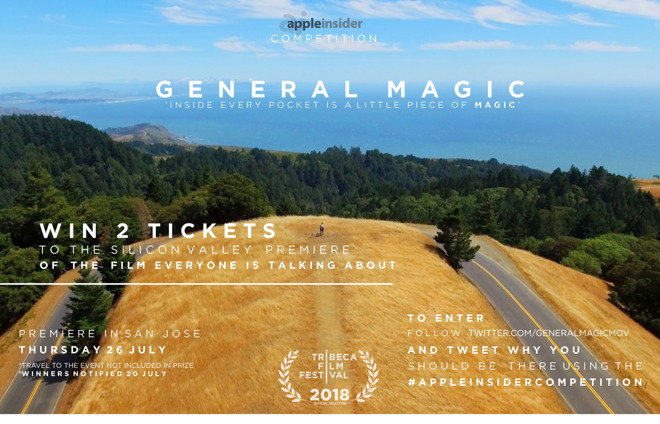 “General Magic” is a new documentary about the spinoff company in the early 1990s, with several Apple personnel, that created a product that resembled a smartphone. The product and company failed, but its legacy lives on, and its story is compellingly told in the documentary.

AppleInsider told you about the film back in May, and debuted the new trailer. Now, in conjunction with the producers of the film, we’re giving away 25 pairs of tickets to the Silicon Valley premiere on July 26 in San Jose.

General Magic will then pick the best tweets and notify the winners. You have now through July 19 to enter.

Note: Prize includes two tickets to the premiere, but does not include travel or accommodations.</span>

iPhone XR's build quality is on par with the XS, durability test reveals

HTC's Exodus blockchain smartphone to be announced on October 22

TNW Conference 2018: What you need to know

Age Of Empires 2 And 3 Remasters Announced

Google Play adds Android Instant Apps via a ‘Try it Now’ button, among other changes

HTC Summer Sunset Sale: HTC 10 and U Ultra get big discounts in the US