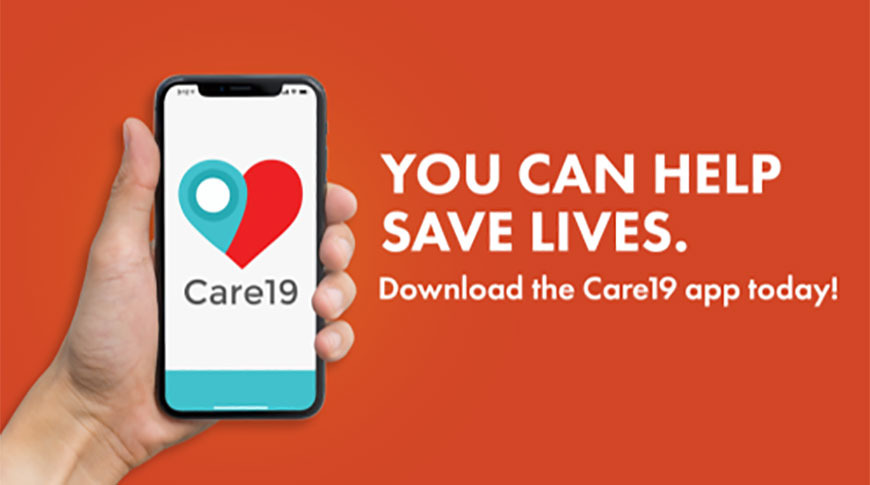 North Dakota’s Care19 app, one of the first digital coronavirus contact tracing solutions to hit market in the U.S., contradicts its own privacy policy to share user information with third party companies like Foursquare and Google, according to a study released on Thursday.

Developed by ProudCrowd, which markets a location-based social networking app for North Dakota State University sports fans, Care19 promises participant anonymity by assigning and tracking random user IDs. The system logs locations where a user spent 10 minutes or more, information that can be correlated with contact tracing data provided on a voluntary basis to the North Dakota Department of Health.

The app’s privacy policy notes “location data is private to you and is stored securely on ProudCrowd, LLC servers,” and will not be shared with third-parties “unless you consent or ProudCrowd is compelled under federal regulations,” the report said.

However, Jumbo found user ID numbers, phone IDs and what appears to be location data transmitted to Foursquare. Phone advertising identifiers are sent to servers associated with Google’s Firebase service, while the assigned random ID and phone name — which by default typically includes a user’s first name — is sent to software diagnostics firm Bugfender.

“The Care19 application user interface clearly calls out the usage of Foursquare on our Nearby Places’ screen, per the terms of our Foursquare agreement,” ProudCrowd said in a statement. “However, our privacy policy does not currently explicitly mention this usage. We will be working with our state partners to be more explicit in our privacy policy. It is important to note that our agreement with Foursquare does not allow them to collect Care19 data or use it in any form, beyond simply determining nearby businesses and returning that to us.”

In an email to Fast Company, ProudCrowd founder Tim Brookins said Care19’s Foursquare integration was a mistake that will soon be rectified. Brookins characterized the error as “fairly benign, as Foursquare doesn’t actually collect our sent data.”

While Care19 does not rely on the recently released Apple-Google Exposure Notification API, Apple was involved in the vetting of the app, reports The Washington Post. Apple is currently investigating Jumbo’s claims and will work with ProudCrowd to bring the app in compliance with its rules.

Ironically, a North Dakota public health authority official was among a handful of experts who last week criticized Apple and Google’s cross-platform Exposure Notification system as being too restrictive for general adoption. In an article published by The Post, critics of the Apple-Google solution, including developers of contact tracing apps, said the Exposure Notification API incorporates data sharing restrictions that are detrimental to contact tracing operations.

“Every minute that ticks by, maybe someone else is getting infected, so we want to be able to use everything we can,” said Vern Dosch, contact tracing liaison for North Dakota. “I get it. They have a brand to protect. I just wish they would have led with their jaw.”

Apple and Google’s systems deny access to geolocation data, anonymize user equipment and restrict apps from storing data on a centralized server, among other safeguards. If a PHA’s app does not meet Apple-Google standards, it is not granted access to the API and is thus prohibited from processing tasks in the background.

It is unclear if North Dakota will roll out a new version of the Care19 app with the Exposure Notification API baked in, but the state is one of three to announce support of the Apple-Google initiative. On Thursday, Alabama and South Carolina also signed on as early adopters of the technology, reports AL.com.

“(We’ve) joined hands with these two global giants in hopes of helping our people learn when and where they may have gotten exposed to this virus,” Alabama Gov. Kay Ivey said. “Hopefully, this will become an important tool in the tool kit to slow the spread of coronavirus by using what almost every Alabamians has in their pocket … a cell phone.”

After a brief beta testing period, Apple and Google’s Exposure Notification API went live on Wednesday with the release of iOS 13.5. Contact tracing apps that take advantage of the framework should see release in the coming days or weeks.

Instagram gets smarter about copyrighted music in live videos

5 free and totally cool shooter games for iPhone and Android

A HTC U12+ successor isn't happening, “something else” on the way…

Submissions Are Open For Unity Awards

How to take better photos with the iPhone

A Good Nintendo 2DS/Mario Bundle Returns For $80 In August

Windows 10 will get a ‘performance-guaranteed’ S Mode next year

Windows 10 Now Lets You Reply to Your Android Notifications

How to Disable Moving Faces in Group FaceTime Video Calls

Another foldable Motorola Razr is planned for September

Realme 6 review: the cheapest 90 Hz display you can buy

Microsoft Built One of the Most Powerful Supercomputers in…

Notion’s note-taking and productivity app is now free for…