It's time to dig into the human body with a super squad of the newest App Store games. There's an emphasis on paid games this week, that either deliver arcade action or thoughtful puzzles. The early highlights include a mechanism puzzle game, a physics adventure, an arcade digging challenge, and much more. 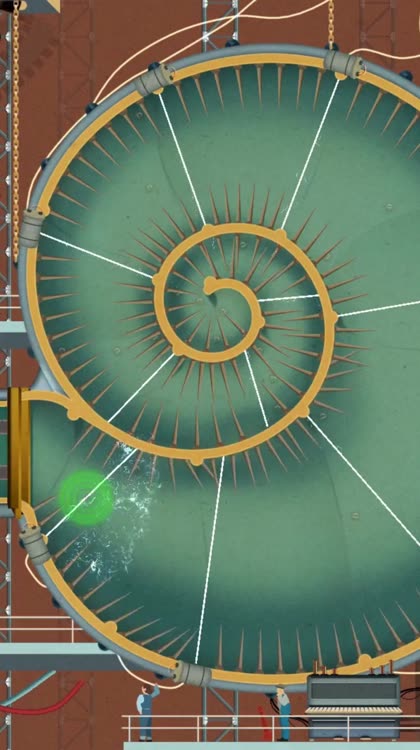 A puzzle adventure that lets you control the inner workings of a stylized human body.

The game is based on the work of Fritz Kahn, who created machinery based analogies for the processes of the human body. The puzzle adventure aspect of the game pits you in these contraptions trying to figure out the process for standard daily activities.

Speed through crazy levels with over the top physics.

A physics based adventure challenge that lets you put an animal in a rocket car, and blast off. There are all kinds of crazy levels to maneuver through as well as a level editor for even more levels that others create.

A fast paced arcade digging game with an actual storyline.

An angry mole has captured your beloved, and it's up to you to dig to save her. There are five worlds to travel to as well as boss battles to fight as you descend into the earth. You will also need to watch out for spikes, spider webs, TNT, lava, bats, and more.

A minimalistic puzzle game that tells the story of a person with a cognitive disorder.

Each puzzle starts with an array of scattered pieces that you need to form together to create a visual image and telescopic text. The story develops with each solution, as you try to recollect the main character's past before it's gone.

The game includes 25 Disney characters at launch that include stand outs from The Incredibles, Wreck-It Ralph, Toy Story, Zootopia, and more. Take turns battling with and against well known characters, each with their own special moves.

Super Hydorah takes many cues from the past to deliver classic shooting action. The game has also been modernized with smooth touch controls, a focus on action, and varied situations as you battle against the Meroptians.

The classic game of Minesweeper, with modern flourishes.

Use the numbers on the columns and rows to figure out where the mines are on the field. This is a modern take on the classic minesweeper with a more friendly introduction, art style, and gameplay logic as the mine field expands.

Get ready to race in over the top kart racing action. The game features three themes, 18 tracks, and 24 cup series with each race accented by seven different power-ups.

A 3D tennis simulation game, with a roaring 20s theme.

There are plenty of 3D tennis simulation games on the App Store, but none are set during the 1920s. The game includes swipe and touch controls for precision shots, and lets you play against the AI or with online multiplayer.

The best calorie counter apps: why keeping track is so important!

7 Questions Every Investor Asks Before Funding a Startup

Web Designing Or Software Development – Which One Is Better For Your Next Business Project?