Autonomy and alcohol: You'll be drinking while the car's driving 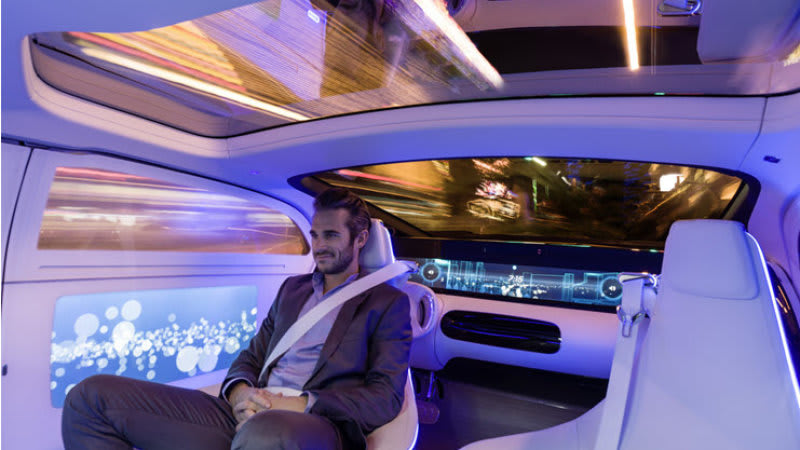 When fully autonomous vehicles hit the road en masse, we can expect fewer accidents, less traffic, and reduced tailpipe emissions. But according to two reports, we could also see sharp increases in the consumption of booze due to self-driving cars, and even more time spent staring at screens, binge watching and being bombarded by ads.

In a recent report, Morgan Stanley predicted that booze will get a significant boost in sales since the technology could allow people to drink more if they know they don’t have to worry about driving drunk. “Shared and autonomous vehicles could expand the total addressable market of alcoholic beverages while reducing the incidence of traffic fatalities and accidents,” Morgan Stanley analyst Adam Jonas wrote in a report titled “Shared autonomous mobility: The solution to drinking and driving?”

Jonas predicted that autonomous vehicles could lead drinkers to consume on average one extra alcoholic beverage per week over the next decade. With what he calls “more opportunities to drink before getting in the car,” Jonas pointed investors to consider stock in brands like Anheuser-Busch and restaurants such as Buffalo Wild Wings, since self-driving cars present a “significant growth opportunity for alcoholic beverage firms.”

Jonas also believes that autonomous vehicles could allow drinkers to imbibe in the car once machines take over driving, further increasing liquor sales since there will be “more opportunities to drink while in the car,” he wrote. And I’m going on record predicting that autonomous shuttles will be used as mobile bars, similar to those pub-crawl beer bikes you see in cities, except for lazy booze hounds.

You’ll also be able to watch movies, TV and other content while knocking back a beer or two in an autonomous vehicle. An Ernst & Young report released last year predicts that streaming in-car entertainment could bring the entertainment industry an additional $ 20 billion in revenue, and Hollywood is already gearing up to keep us captivated while in confined in autonomous cars.

Schilowitz said “there’s a lot of real estate” in self-driving cars to project images. “If you look at the windshield and windows, they are screens at the right distance to be entertainment portals.”

“That is the next journey for entertainment,” Ted Schilowitz, a futurist for Paramount Pictures, told The Hollywood Reporter, perhaps pun intended. “Multiple studios are looking at this and meeting with strategic partners.”

Judging from futuristic self-driving concepts like Mercedes-Benz’s F 015 Luxury in Motion concept that has six screens to turn the cabin into a “digital arena,” automakers are also looking at how to turn cars into drive-in theaters. “We’re re-envisioning the automotive experience,” said Alex Hilliger, advanced engineer at Mercedes-Benz Research & Development North America.

“The vehicle could have a lounge atmosphere, and the passengers face forward or backward,” Hilliger added. “If you don’t need a steering wheel or driver’s seat, the car can be a new space.”

Schilowitz said that the entertainment industry believes “there’s a lot of real estate” in self-driving cars to project images. “If you look at the windshield and windows, they are screens at the right distance to be entertainment portals.”

Of course, with content will come ads, making autonomous cars a marketer’s dream since they’ll be able to literally drive consumers to purchase their products. “We could deliver interactive, geolocated advertising based on nearby shops, restaurants and businesses,” said Dennis Wharton, executive VP at the National Association of Broadcasters.

“The content personalization possibilities are endless,” added Danny Shapiro, senior director of automotive at chipmaker Nvidia. “The telcos, content providers, game developers and e-commerce companies will be transacting business within the car.”

So enjoy driving in peace while you still can, free from the constant content consumption that’s invaded every other aspect of our digital lives. On the other hand, if using your evening commute to catch up on Game of Thrones while sipping a cocktail sounds cool, the autonomous vehicle future has you covered.

Apple may fund original podcasts exclusive to its own services

Researchers help robots 'think' and plan in the abstract

Apple Maps is finally getting turn-by-turn navigation in India