Apple is rumored to debut a high-power 18W USB-C compliant power adapter alongside new iPhone models later this year, but supply constraints might restrict the part to in-the-box bundles until 2019. 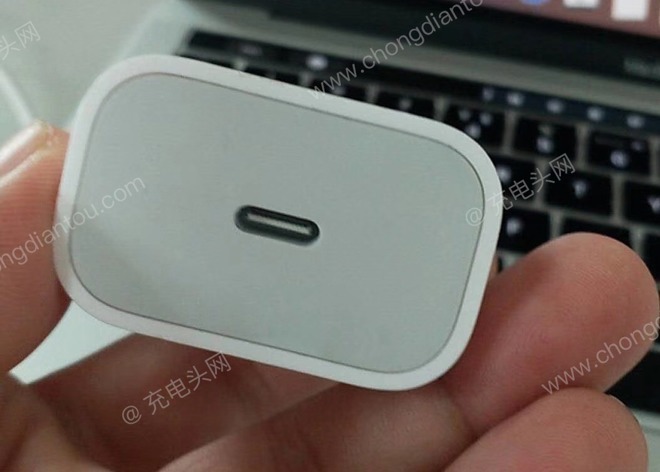 Citing supply chain sources, Japanese blog Mac Otakara on Tuesday reports orders for packaged components will put factories earmarked to produce the part at full capacity. As such, the 18W adapter is unlikely to show up at Apple stores as standalone accessories, at least this year.

In addition, third-party USB-C to Lightning cables will also be unavailable until 2019, as the new Lightning chip, dubbed “C48B,” is expected to enter the MFi program in November or December. Further complicating matters, only four MFi-certified manufacturing plants have been approved to produce the part.

Word of the 18W USB-C adapter surfaced in May when a sketchy report offered details on a European version of the accessory, complete with prototype renders from a supplier source. More recently, however, photographs of what is claimed to be an engineering sample popped up on a Chinese website, lending credence to earlier rumblings.

Markings on the device suggest power output stands at 5 volts at 3 amps, or 9V at 2A, meaning a total of 15 Watts are delivered to iPhone.

Current iPhones ship with a 5W USB-A to Lightning charger, though Apple’s latest iPhone 8, iPhone 8 Plus and iPhone X support fast charging via a USB-C to Lightning cable and higher wattage charger. Using the USB-C adapter supplied with certain MacBook models, current generation iPhones can charge to 50 percent capacity in about 30 minutes. </span>

Hands On With CyberLink Director Suite 365

Not All AM4 Motherboards May Support 3rd-Gen AMD Ryzen CPUs

Yes You Can Install iOS 12 Beta Right Now, But Don’t

Toyota profits rise, but not in North America