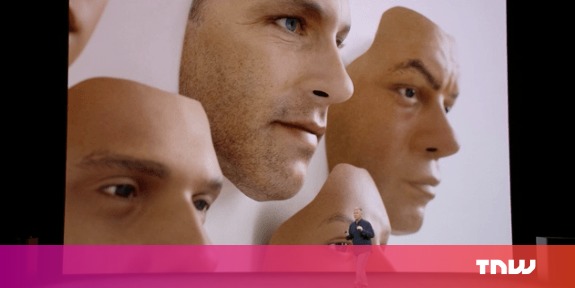 It is a truth universally acknowledged that the vast majority of the human population do not look their best first thing in the morning. And the iPhone X apparently agrees, as the phone’s signature Face ID feature reportedly struggles to recognize its users in their waking states.

An article on Slate tallies up some of the circumstances under which Face ID seems to flounder, and mentions that a common complaint is that Face ID won’t accept the face of a freshly-awoken person is that of its owner.

This is an opinion shared by my boss, Boris, who tweeted FaceID wouldn’t work if you “just woke up and your face is still a mess.” In my case, the stress of being forcibly pulled from the arms of Morpheus manifests in my attitude, not my face — just ask my chipper dog whenever she drags me into the yard for a dawn romp. But for some, it can manifest in swelling on various parts of the face.

First introduced just last year, Face ID has been touted as the next step in Apple’s security. It’s replaced Touch ID in the iPhone X, and Apple claims it’s so secure there’s a one-in-a-million chance someone else could unlock your phone. That’s pretty specific, but it also implies you look so unlike yourself in the morning that you might as well be a stranger.

It’s not exactly clear which part of the morning face exactly thwarts the sophisticated facial recognition tech, which uses a built-in neural network to detect and memorize a user’s face. This network supposedly accounts for changes in your facial structure, such as growing or removing facial hair. It also accounts for accessories, such as sunglasses or hats.

So if Face ID is truly flustered by something as simple as “light morning swelling,” it might need a little more work before the iPhone 11 launches.

The iPhone’s Face ID Struggles in the Morning on Slate

2019 iPhone predicted to have triple-lens camera with super-wide lens, improved…

The Best Magnetic Phone Mounts for Your Car

Developers: Understand the business logic of your next project before you start…