Apple plans to release the new Mac Pro and the Pro Display XDR on Tuesday, December 10, according to “Save the Date” emails that Apple began sending out to some customers this afternoon. 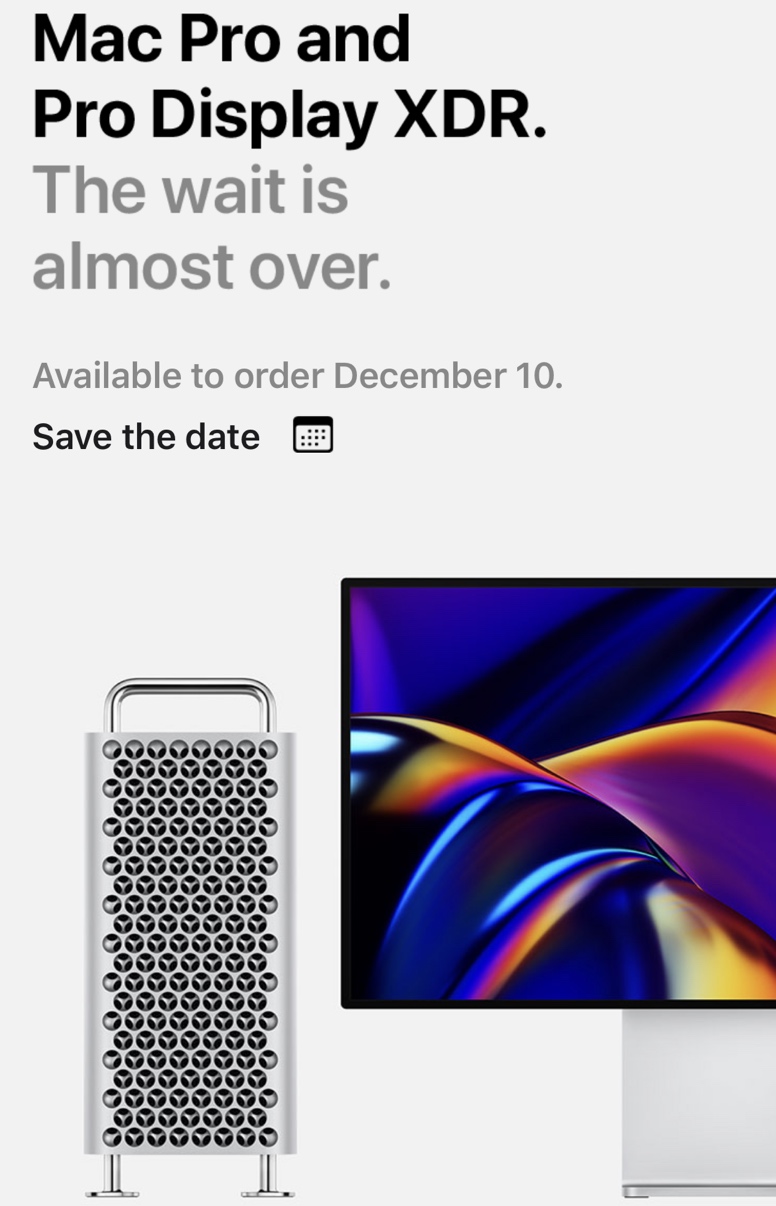 Apple in November confirmed that the ‌Mac Pro‌ and Pro Display XDR would come in December, but until now, the company had not provided a specific date. Apple’s emails say orders will begin on December 10, so presumably shipments will begin soon after orders open up.

The new modular ‌Mac Pro‌ was first introduced in June at the WorldWide developers Conference, with the machine aimed at Apple’s pro user base.

The ‌Mac Pro‌ was designed with a heavy focus on upgradeability and expansion, and it features a traditional PC shape with an Apple-esque stainless steel frame with a lattice pattern that maximizes airflow.

Internal specs include workstation-class Xeon processors with up to 28 cores, up to 1.5TB of high-performance memory, up to two Radeon Pro II Duo GPUs, and eight PCIe expansion slots, along with an Apple Afterburner accelerator card.

Pricing on the ‌Mac Pro‌ will start at $ 6,000, and will go up based on configuration. The base ‌Mac Pro‌ features an 8-core Xeon W chip.

Why the iPhone could outperform Android flagships significantly next year

Geek Trivia: Which Personal Computer Was The First To Come Standard With A Hard…

HTTPS Is Almost Everywhere. So Why Isn’t the Internet Secure Now?

Germany's Grammer in talks with Chinese 'white knight' over takeover…

Apple Pay officially rolling out to users in Hungary and Luxembourg

On November 4th, Apple Will Re-Open iPhone X For Reservation For Select Countries