Apple Teams Up With Dwayne 'The Rock' Johnson for Siri Movie

Dwayne “The Rock” Johnson today announced that he’s teamed up with Apple for a movie that co-stars Apple’s AI-based personal assistant, Siri.

According to the poster tweeted by Johnson, the movie is called “The ROCKxSIRI Dominate the Day.” There are no details on how long the film is or what it’s about, but it apparently debuts tomorrow on Apple’s YouTube channel. 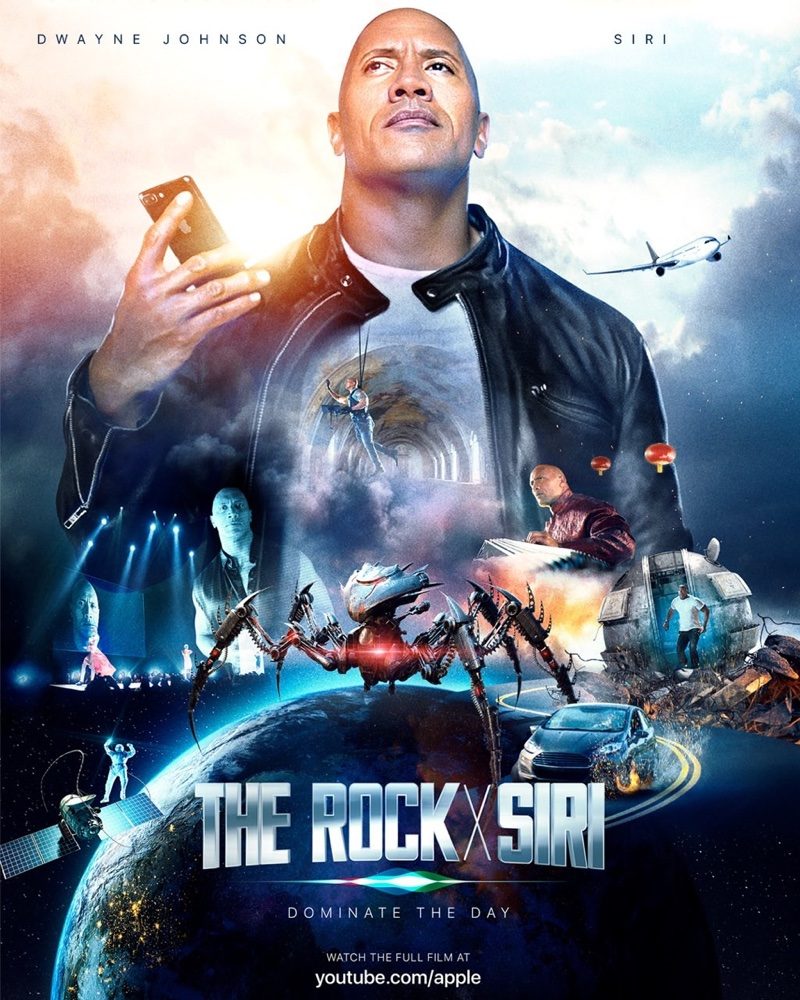 Based on the image, it appears to feature car chases, space travel, an alien fight, and a concert performance. In a Facebook post, Johnson calls it the “biggest, coolest, craziest, dopest, most over the top, funnest” movie ever.

I partnered with #Apple to make the BIGGEST, COOLEST, CRAZIEST, DOPEST, MOST OVER THE TOP, FUNNEST (is that even a word?) movie ever.

And I have the greatest co-star of all time – #SIRI.

I make movies for the world to enjoy and we also made this one to motivate you to get out there and get the job done.

I want you to watch it, have fun with it and then go LIVE IT.

The film will premiere on Apple’s YouTube channel on Monday, July 24, but it’s not yet clear what time it will debut.

This is the second time Apple has teamed up with a partner to release a short film. Last month, Apple highlighted “Détour,” a film French director Michel Gondry shot on the iPhone in partnership with Apple and in a decidedly more Apple style.

The project with Dwayne Johnson is unusual, but it comes at a time when Apple is preparing to release the Siri-based HomePod, so that may be why the company has decided to promote its personal assistant in a fun and unique way.

Netflix is hitting the gas on “original” automotive content

Report: 6.1-inch LCD ‘iPhone 9’ model with dual-SIM to be exclusive to China

Lamborghini remembers the Espada and Islero as they turn 50

#PhoneArenaPhotoChallenge: Vote for the best photo taken on a phone

Why Cannes Lions Was A Big Deal For VR & AR

Kids Can Explore the Dark and Strange in Toca Mystery House

Nokia 2 will be updated to Android 8.1 Oreo

Why a curved-screen iPhone is a great idea