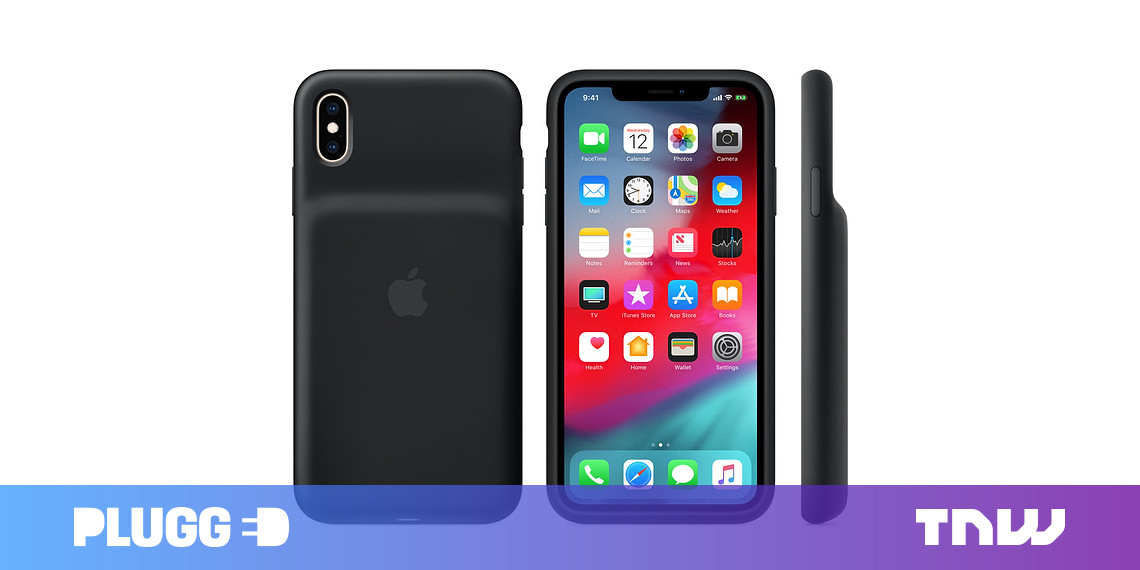 Apple has opened a replacement program for iPhone battery cases, specifically those for the iPhones XS, XS Max, and XR. So if you have one of those, and it’s not working, you’re in luck.

The company says this is because it’s confirmed there are “charging issues” with the X series battery cases — namely, that it doesn’t charge. Either the case won’t consistently charge when plugged in, or it won’t charge the phone. If you have either of those issues. Troubleshooting posts detailing users’ problems with this have been cropping up ever since the cases launched. According to Apple, the affected units were made between January and October last year. There’s no safety risk, it assure everyone: it’s just annoying.

In order to get your case replaced, you have to take it to either the Apple store or an authorized service provider. It’ll then be “examined prior to any service to verify that it is eligible for this program.” It doesn’t specify exactly what that means — maybe all X series battery cases can be replaced even if they aren’t showing the defect. Because, if not, it’ll be like going to the doctor or mechanic: it’ll be the one time the faulty equipment chooses to start working properly.

The X series of cases originally launched one year ago, and they were at the time competitively priced with the likes of Mophie. We’ve always thought they look a little weird, but they’re a great fit for the phones they’ve been made for — assuming they actually charge, of course.

You can replace the battery case up to two years after you’ve purchased it, though Apple does warn that it doesn’t extend the case’s warranty. For more information on how you can get your battery replaced, check out Apple’s support page here.

Steam’s Winter Sale Arrives To Take All Your Money

Battery-powered devices to benefit from a sense of hearing

Give big love and soul to your Apple Watch with these rustic, hand-crafted bands