An Early Look at Apple Arcade 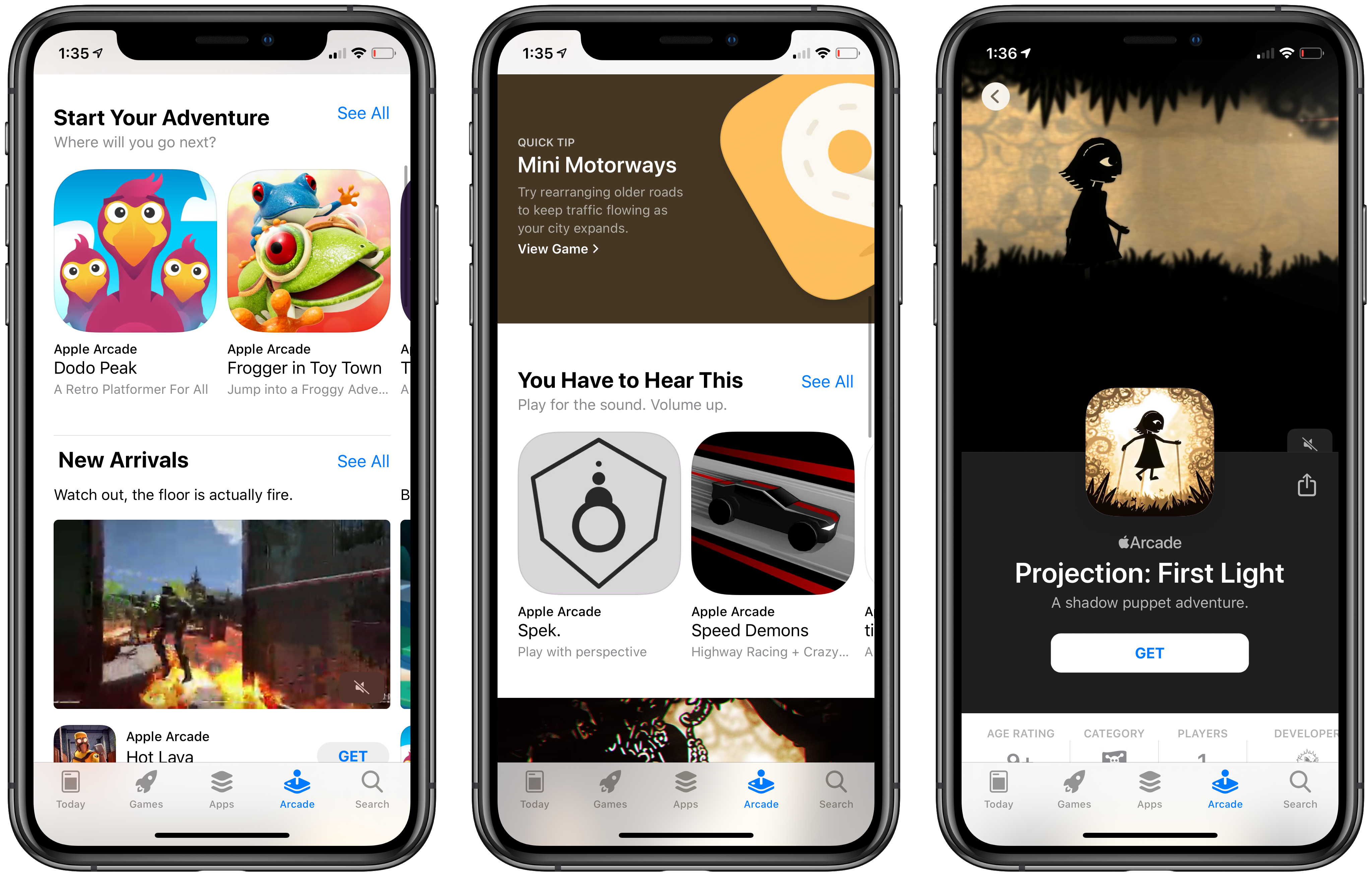 While Apple Arcade won’t officially launch until Thursday along with iOS 13 for the iPhone, the gaming subscription service has become available to some beta users of iOS 13 and iOS 13.1.

The service is available in the Arcade tab of the App Store.

Currently, there are more than 50 games available to play. All of the titles can be downloaded and played without an Internet connection. There are also no in-app purchases at all. That’s a refreshing change from the usual App Store game.

Apple Arcade is designed to look like the App Store. There are a number of different categories to explore and articles about the games.

When you’ve found something to download, just hit Get on the game’s page to download it. The game will then appear on your iOS device just like a usual app.

You’ll need to wait until Monday, Sept. 30 to play on the iPad and Apple TV. On that day, iPadOS 13 and tvOS 13 will arrive to the general public.

Games will also be available to play on macOS Catalina, which is slated to arrive in October.

A new article from Apple highlights some of the titles you can play.

We will definitely have more thoughts about Apple Arcade when it launches. But with just a casual look at Apple Arcade, it’s obvious that the games are top-notch. And with the lower-than-expected subscription fee, the service looks to be a literal game-changer.

Love stickers? PicsArt now has more than a million that are free to use

How to Apply and Use Apple Card

Backers of V2V aren't waiting for a mandate

MWC 2018: How Brits are at the cutting edge of conversation

Best Apps of the Week October 11

Adaptive Intelligence from Oracle Is a Remaking of the Product Line

Huawei’s FreeBuds are a pretty blatant copy of Apple’s AirPods; claim twice the…

At Apple’s request, Facebook is removing its spyware-like Onavo VPN app from the App…

All The Winners From Media Molecule’s First Annual IMPY Awards