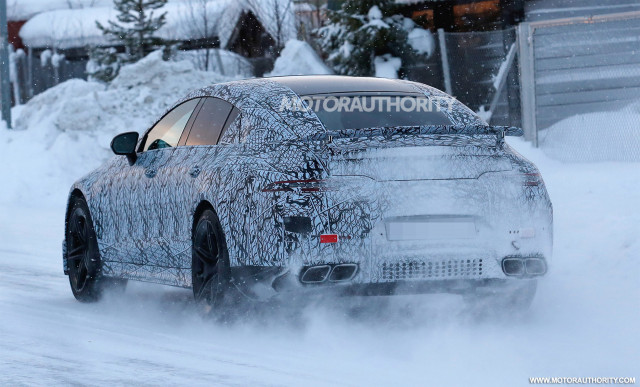 Mercedes-AMG will add a standalone sedan to its arsenal of fast cars this summer. A late-stage prototype was spotted this week, revealing a number of new clues about the final design.

Another Mercedes in the headlines this week was the W125 grand prix racer of the 1930s. A special streamliner version 80 years ago set an average top speed of 268.8 mph over the course of 1.0 kilometer on a stretch of German Autobahn near Frankfurt. It was a record that stood up until last year, when it was beaten by a Koenigsegg Agera RS.

BMW this week revealed the racing version of its yet-to-be-revealed 8-Series coupe. The race car makes its competition debut this weekend in the GT Le Mans class of the 2018 24 Hours of Daytona.

BMW this week also released the first photo of its 8-Series coupe. It shows the coupe from the rear and gives us a good look at the design of the taillights. A debut at March’s 2018 Geneva International Motor Show is a strong possibility.

McLaren this week revealed a sports car inspired by a race car. Based on the 570S, the special car features elements inspired by the 570S GT4 race car, the coolest of which is the roof-mounted intake. Just 10 will be built.

The Edonis is a supercar based on the bones of the Bugatti EB110 and envisaged more than two decades ago. The original version never made it into production but this week a company announced it has resurrected the design and plans to build a small run. 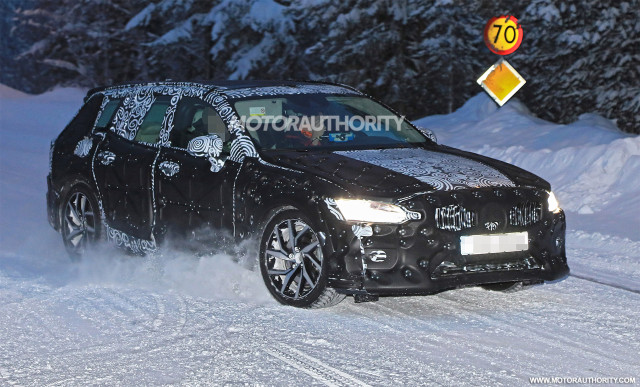 Another of the cars we spied this week was a redesigned Volvo V60, which is rumored to debut at March’s Geneva auto show. The car looks a lot like a scaled-down version of the V90, which is a good thing.

You’re looking at a front brake caliper Bugatti is developing for the Chiron. It’s made from titanium and was crafted using 3D printing.

Retrobatch, Icro, Duolingo, and other amazing apps of the week

One of the most popular apps in the U.S. is being investigated as a national security…

Get in the Game With the Best Wireless Gaming Headsets

A Nintendo 64 console reissue might be on the way

How to Merge and Remove Duplicate Contacts in macOS and iCloud

Samsung Galaxy S9 and S9+ review: Outstanding in every way

Honor 9X and MagicWatch 2 coming to India next month