Orlando Bloom, from the “Lord of the Rings” movies, stopped a London production two different times due a theater-goer using their iPad —but one witness claimed the iPad was off and merely being used as a fan. 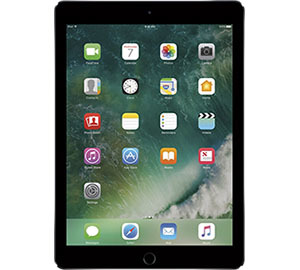 Bloom was performing a “Killer Joe” at Trafalgar Studios in London’s West End on Thursday. He abruptly broke character, twice, when he saw an audience member with an iPad in hand.

According to London theater critic Mark Shenton, citing an “eyewitness account,” actor Orlando Bloom was performing in Tracy Letts’ play Killer Joe when he suddenly looked towards the audience and, out of character, shouted “I need YOU to put iPad AWAY NOW!” Later, he again interrupted the play to tell the audience member to “”PUT that f—ing IPad away now, and I will wait.”

However, according to Variety, another audience member was sitting near the woman with the iPad and stated that she had merely been using the tablet to hold up a fan before the show:

The age of smartphones and tablets has led to new challenges in live theater performances, although those usually involve ringing phones and the occasional incident of surreptitious recording of the performance. In 2015, at a performance of “Hand to God” in New York, a theatergoer saw it fit to jump on stage and plug his phone charger into an electrical outlet that was part of the set, as a Facebook witness reported at the time.

“There was an incident at yesterday’s matinee of Killer Joe’ that was dealt with swiftly and efficiently by the Front of House team,”a spokesman for the theater said in a statement to media outlets. “The Trafalgar Studios is a very intimate performance space, which can make the use of electronic devices by any audience member extremely distracting for the Company. The Trafalgar Studios’ team [does] a great job of making sure everyone at the Theatre can enjoy the live experience.”

Killer Joe, the story of a cop who moonlights as a hitman, was first performed in 1993. It was later made into a 2011 movie starring Matthew McConaughey.</span>

Fiat Chrysler gets R and D help from Uncle Sam

How to install Linux on Chromebox for cheaper HTPC with Kodi

VR vs. The All-Knowing

Deal: Get a free wristband worth $24.95 when you buy the Nokia Steel smartwatch

For some bewildering reason the new Petcube has Alexa support

How to Save Posts and Manage Your Collection on Instagram

Who are the creators of AI-generated art — programmers or machines?