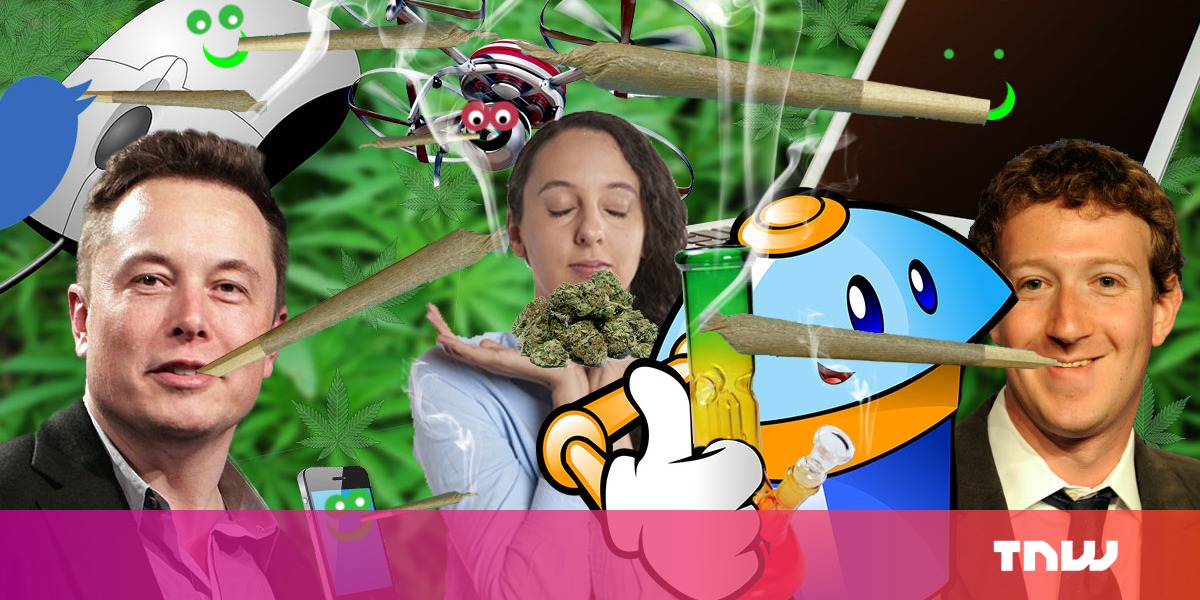 It’s been a tough year for tech billionaires – and it’s only halfway over. Being the good-natured people we are, we decided to help in the best way we know how: by contacting a cannabis expert and determining what embattled billionaires, and other stressed out tech workers, should be smoking to make it through the days.

Our expert, Socrates Rosenfeld, is an entrepreneur in the cannabis sector and the CEO of Jane Technologies, the company behind iheartjane. His business provides online marketplace services to dispensaries – it’s like the Amazon of cannabis. We called him “the leader cannabis tech needs” in our profile, and his TNW Answers session on 4/20 was insightful and entertaining.

However, before we get into his recommendations on the best strains for STEM workers and tech billionaires, let’s discuss what a “strain” actually is.

According to Rosenfeld, cannabis strains are a bit like coffee:

30 years ago, Americans viewed coffee as either “good” (aka strong) or “bad” (aka weak). Today we understand that everything that goes into the production of the coffee bean has an influence — from the region, to the soil, to the roasting, and preparation. Now imagine if every different type of bean produced a different physiological effect. A coffee for energy, a coffee for sleep, a coffee for your dog’s arthritis pain, a coffee to ease a soldier’s mind, a coffee for whatever you are looking for. That’s the magic of cannabis.

Now that we’re all on the same page, let’s get into our questions and Rosenfeld’s unabridged answers.

What strain would you suggest for a billionaire who is, hypothetically, the CEO of a social media company that just went through a giant data scandal during which he was forced to testify in front of congress?

Sounds like this character could use some R&R. Who better to lead the way to relief than veterans, themselves. In fact, the Santa Cruz Veterans Alliance practices horticulture therapy by growing cannabis and has developed a strain tailor-made for this type of situation. With a few drops of SCVA Kosher Kush tincture, it’s a short road back to solid sleeps, getting his appetite back, and feeling safe in his hoodies again (or whatever this hypothetical CEO wears).

While we’re on the subject, anything my readers can do to help Congress and the Trump administration understand the importance of decriminalizing cannabis and making it legal for adult recreational consumption nationwide?

I encourage your readers to be honest. If you haven’t tried cannabis, then educate yourself by speaking with someone who has — a veteran, a cancer patient, a friend. If you have tried cannabis, educate those around you about why you do. The more you are comfortable with the truth, the more others will be as well. Don’t hide behind the stigma, break free from it and spread the truth about this plant at the grassroots level. When the tides of the people are shifted, government follows suit. Don’t forget how much sway one person has, by simply being honest.

Another hypothetical billionaire: what strain would best aid a genius inventor and engineer who seems to find himself spending far too much time arguing with the media and not enough time meeting his electric car company’s quotas?

Rumor has it that Elon was literally turning wrenches on the assembly floor to meet deadline. To tap into his own “green” energy, I have the perfect strain known as the “espresso” of pure sativas. Originating from the same country as this hypothetical billionaire, South Africa’s Durban Poison will give him that extra boost to take on the media, the assembly line, and still have the bandwidth to dream up his next invention while hiking on Mars.

What strain(s) would you suggest for someone forced to sit at a desk all day programming and working with code?

Our development team tells me that micro-dosing Green Crack is a surefire way to maintain an upbeat mindset with a laser focus to “get things done.” Vape pens make it easy to pace yourself during a long day of coding.

Same question but for someone who wastes most of their day on Twitter, spends some of it answering emails, and occasionally writes about artificial intelligence, politics, and tech? Asking for a friend.

It sounds like your friend has a good balance of both personal and professional sprinkled throughout their day. Jillybean is that perfect “stealth” strain that allows you to be creative and social, while retaining a professional demeanor. Being on the cutting edge of tech, your friend may also be interested to try rosin, one of the newest and cleanest ways to consume. Old fashioned heat and pressure is applied to flower or kief to produce a potent residue of any strain you like.

What’s the best way for the CEO of a tech startup to imbibe cannabis?

As a late cannabis bloomer, the more I experimented, the more curious I was about all the different ways I could experience this plant — and the less intimidated I became. For example, edibles were initially the most intimidating for me, but now products like cannabis infused teas and CBD honey have become part of my regular routine. And while iheartjane has the world’s largest cannabis product database with over 50,000 products, as far as my favorite way to consume… it was the way I first experienced cannabis. A simple joint. To me, it doesn’t get any better.

Updates for macOS Are No Longer in the Mac App Store, Here’s Where to Find Them

Make a giant career change into digital marketing for just $20

How do you teach a car that a snowman won’t walk across the road?

How to make the most out of Windows 10 S