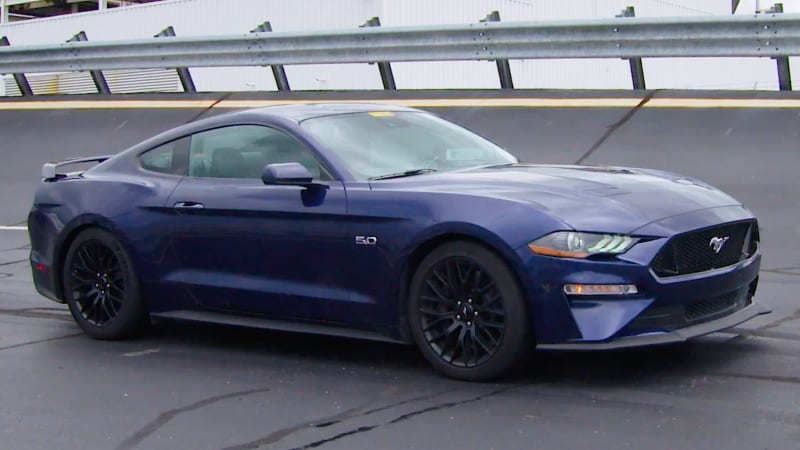 Ford has finally announced the power and torque figures for the 2018 Mustang lineup, and both the V8-powered GT and four-cylinder-powered EcoBoost models benefit from some big increases. Most impressive is the GT, which now produces an extra 25 horsepower and 20 pound-feet of torque to bring it to 460 horsepower and 420 pound-feet total. That puts the GT ahead of the Camaro SS by 5 horsepower, though it still trails the bow-tie-branded pony car by 35 pound-feet of torque.

Still, the Mustang GT isn’t slow. In fact, Ford claims that it will do a 0-60 mph sprint in under 4 seconds, which just beats the Camaro SS, for which Chevy claims a 4-second flat time to 60. There are a couple of prerequisites for the Mustang GT to hit that time, though. It has to be equipped with both the 10-speed automatic and the performance package. The automatic allows the Mustang to use the special “Drag Mode” driving mode for the fastest shifting and maximum torque delivery. The performance package provides the car with the stickier Michelin Pilot Sport 4 S tires.

Ford says the 2018 Mustang will be arriving at dealers this fall. The online configuration tool will also go live tomorrow, and will allow people to spec their perfect Mustang. It will also show pricing for the new pony car.

Nintendo Reveals SNES Edition 3DS For Europe, But Not The US

The Alpine A110 looks even cooler as a race car

Review: iBolt's ChargeDock brings easy iPhone charging to the desk or the…

Toyota and Mazda in talks to build joint US auto plant