10 years ago, the Apple iPhone was on everyone's tongue

On January 9th, 2007, Steve Jobs introduced the Apple iPhone. And as exciting as that was for many, it also meant waiting nearly half a year for the phone to be released. The launch date of June 29th was circled on many a calendar, and in the days leading up to the actual launch, it seemed as though the iPhone was being mentioned everywhere. One example of this, which you will find in the video slideshow below, is an amusing clip put together by David Pogue, who now writes about tech for Yahoo.

Exactly 10-years ago tomorrow, the New York Times released a video showing how hard it was for its tech scribe (Pogue) to keep faithful to the non-disclosure agreement Apple had him sign in exchange for a review unit of the Apple iPhone. Apple had already run some ads for the phone (we included one in the video slideshow for your viewing pleasure) and the hype machine was on full throttle (“I’ve seen the commercials and it looks really cool,” says a young woman waiting in a long line on launch day).

A decade ago, the whole world was just four days away from being changed forever by a smartphone. Television networks covered the impending launch and analysts spoke breathlessly about the device and how many units it might sell. Even so, most people probably could not see what the future would hold, not just for the iPhone or for Apple, but for smartphones in general. We now have apps and app stores, phones that can be submerged and live on to tell the tale and handsets that last a full day without requiring a charge.

People now shop, make payments, deposit checks, lower their thermostat, get turn-by-turn directions to anywhere, and watch live television on their phone. And most handsets feature a virtual personal assistant to help make reservations, set alarms and more. You can’t go anywhere without seeing a large number of people with their heads down, looking at the screen on their handset as they navigate their surroundings. All of this was still in the future a decade ago.

Keep in mind that the OG iPhone did have some flaws. It ran on AT&T’s slow as molasses EDGE network, it did not support MMS or stereo Bluetooth. But not too many knew, or cared about these things which were all eventually taken care of in future versions of the phone.

June 25th, 2007 was a Monday, the start of a new work week that would end with the forces in motion that would soon change the world. Relive those days by clicking on the video slideshow below.

10 years ago today, the world was about to be changed 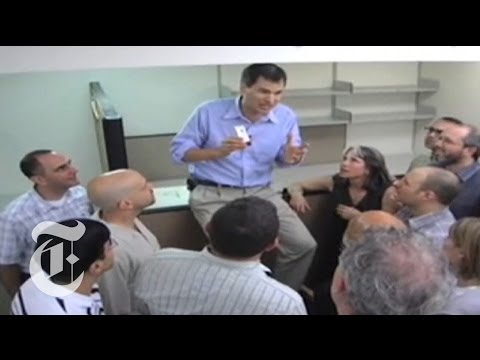 10 years ago today, the world was about to be changed

How to Use the New iOS 12 Camera Effects in Messages

You can now request Uber rides for other people

Hunt Down Wild Dinosaurs in This Jurassic World AR Experience

Counterclockwise: CPU cores grow not just in numbers, but in variety too

Happy 20th Anniversary to the Worst Mouse Ever